Effects of Caffeine on inflammation response and exercise performance

Caffeine is an alkaloid chemical that is consumed widely by humans. It is present in many beverages regularly used around the world such as tea, coffee, some drugs, and soda beverages. Caffeine has many physicochemical effects on humans. For example, it improves mood, activates the release of certain chemicals that affect behavior, and induces alertness and attention. Caffeine mostly works as a nervous system stimulant because it causes a state of alertness and affects sleep. But its other effects such as anti-inflammatory and on performance during aerobic and anaerobic exercises are worth to mention. In this article, we are going to explain the antiinflammatory effects of caffeine and its effects on exercise performance either aerobics or anaerobic.

Inflammation is the response of the body to any infection or injury to protect the wounded place. For example, when you get a wound you observe that wounded place swells gradually and you also feel a sort of itching with the pus formation. Inflammation is a natural defensive mechanism of the body but it can be dangerous if persists longer. Especially, inflammation plays role in severity of many non-communicable diseases such as cardiovascular diseases, diabetes, cancer, and brain disorders. Research studies tilted toward finding chemicals that have anti-inflammatory effects and many studies show the effectiveness of caffeine for its anti-inflammatory response. How caffeine plays a role in reducing inflammation?

Effects of caffeine on exercise performance

Over time, many studies suggest that the intake of caffeine has serious effects on exercise performance either aerobics or anaerobics. In many parts of the world, caffeine is considered an ergogenic drug. Ergogenic drugs and chemicals are those substances that provide better physical performance and make humans more alert and stimulated. Many beverages and stimulants contain enough amount of caffeine.

Read my another article on the benefits of walking;

Ergogenic effects of the caffeine enhance the exercise timing and improve performance. But it does not affect the performance much in case of anaerobic exercises. Another interesting point is that caffeine in a powdered form shows more ergogenic effects as compared to when it is taken in the form of coffee. It suggests the presence or absence of certain chemicals in both forms of coffee.

Caffeine is a healthy component of the diet. Some studies suggest less intake of caffeine for good health while others approve many beneficial effects. But excess of anything is dangerous. One should be very careful about his diet. Excess consumption of caffeine can increase the risk of cardiovascular diseases because it affects heartbeat. But many studies also show the other side of the picture and present caffeine as a useful drug and stimulant. But how and when you are using, it matters. Take care of your health because health is wealth. 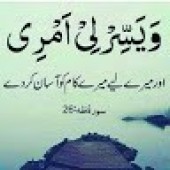 She is a scientific researcher and freelance writer.

Foods to use during Flu or Common Cold

How Proteins Help in Weight Loss?